Up, up, and away: The Birth of the Air Force in the Civil War

What does the space shuttle have to do with the Civil War? Well, the connection is tenuous, but it's there.

When we think of the Civil War, we think of many innovations in the science of warfare, from Gatling guns to ironclads and submarines. Aviation may not come first to mind, but as the Library of Congress (LOC) and Smithsonian Institution remind us, it, too, belongs on the list.

150 years ago, on June 18, 1861, Thaddeus Lowe made a balloon ascent in Washington, DC. to demonstrate the usefulness of balloons for observation and intelligence-gathering. On July 25, President Lincoln sent a note to the Union Commander, "Will Lieut. Gen. Scott please see Professor Lowe once more about his balloon?" In October, Lincoln created the Union Army Balloon Corps.

Writing for the  "Inside Adams" science and technology blog of the LOC, Jennifer Harbster explains that this was was "the first official use of aviation in American military operations." In other words: Civil War aviation was the origin of the US Army Air Corps and Air Force. In honor of this 150th anniversary, she put together a bibliography of Civil War Aeronautics, which nicely supplements the existing LC Tracer Bullet: Balloons and Airships.

This past June, the National Air and Space Museum of the Smithsonian Institution held a conference and staged a reenactment of that historic flight:


“'We think it is really neat that an event of importance in the history of flight in America took place on the Mall just a few hundred feet in front of the present location of the museum, a building dedicated to the past, present and future of flight in America,” said Tom Crouch, a senior curator at the museum and the man in charge of coordinating the event."

As is often the case, there are charming or intriguing anecdotes, not all of which, for better or worse, turn out to be true. For example, it is commonly said that because one of the first Confederate balloons launched at Richmond was made of multicolored silk, the fabric had been donated by the patriotic local ladies from their own wardrobes.  In fact, as the US Centennial of Flight Commission tells us, "Although the 'Silk Dress Balloon' was constructed from dress silk, no actual dresses were sacrificed." (further: here)

Myth busted. That was fairly easy. In other cases, it's hard to get to the truth, or even the origins of the legend.

My favorite Civil War aeronautical anecdote dates back to my childhood. I grew up learning that Count Zeppelin made his first balloon ascent while stationed as an observer with Union troops at Fort Snelling , Minnesota, a historic site and military base that I knew well as a child. I was fascinated to think that the origin of the great airships lay in the hinterlands of our country during the Civil War. 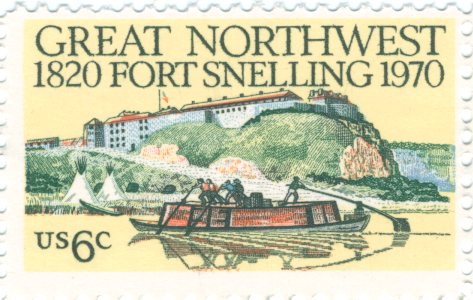 And the truth? I dealt with this while discussing the anniversary of the first flight of the Graf Zeppelin to the US. Read on.