Wishing all my friends who celebrate Easter a joyous holiday and weekend.

When we think of holiday music, most of us probably think first of Christmas rather than Easter, in part because the former was and still is deeply associated with other folk traditions of celebration, for which reason the Puritan settlers of New England--and their descendants for many generations--did not have much use for the holiday.

Still, Easter produced its share of great works, above and beyond Bach's great Passions and Easter Oratorio.

Here, a few selections from what I have been listening to this week.


Lutheran choral music from the transition of the Renaissance to the Baroque can, like even Bach's music, be an acquired taste--to the uninitiated, it may seem too understated and repetitive--but once one comes to understand it, it is a taste well worth acquiring. Heinrich Schütz (1585-1672), the greatest 17th-century German composer, born exactly a century before Bach, composed the Christmas and Easter Historias late (1660) and early (1623) in his career. Together, they constitute a drama in music, a miniature pendant to Händel's "Messiah," which likewise spans both holidays. 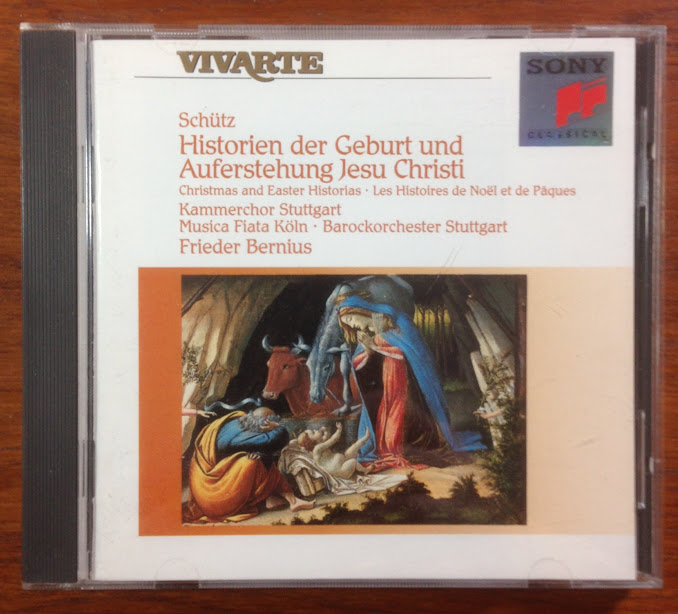 The Seven Last Words of Christ on the Cross, drawn from the Gospels, were a natural subject of musical composition for Holy Week. Schütz set the German texts to music in 1645. Here, and especially in the other works on this recording, such as the Magnificat, one clearly discerns the influence of his years in Venice. 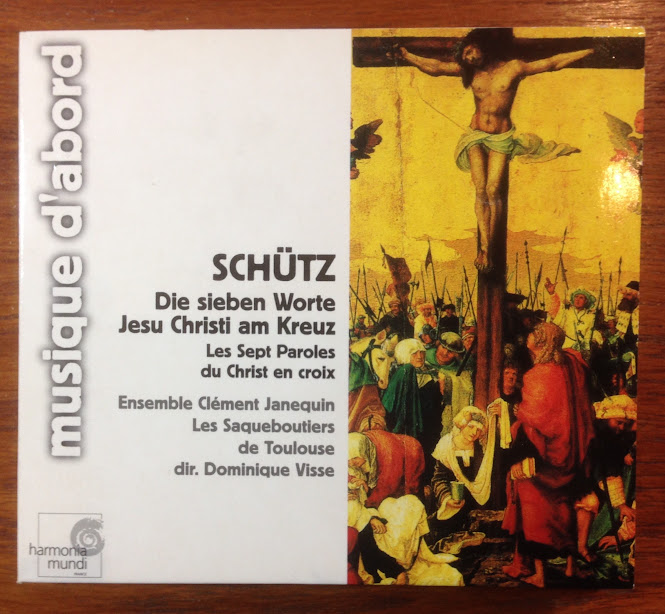 Franz Josef Haydn's Seven Last Words, by contrast, was originally composed as a purely instrumental piece in 1786, though he later added a choral version, as well as settings for string quartet and piano. 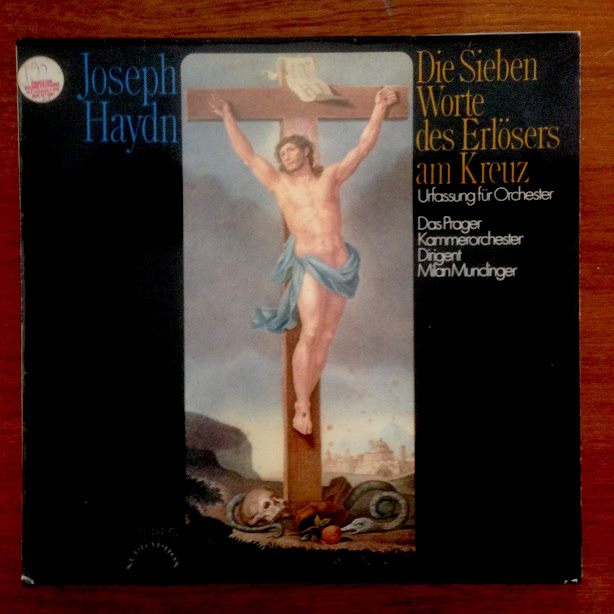 Haydn, who created the work for a church in Cadíz, recounted the story of the commission to his biographer A. C. Dies (1, 2), but also published a brief explanation himself in the preface to a new edition of the work (1801):


Some fifteen years ago I was requested by a canon of Cádiz to compose instrumental music on the seven last words of Our Savior on the Cross. It was customary at the Cathedral of Cádiz to produce an oratorio every year during Lent, the effect of the performance being not a little enhanced by the following circumstances. The walls, windows, and pillars of the church were hung with black cloth, and only one large lamp hanging from the center of the roof broke the solemn darkness. At midday, the doors were closed and the ceremony began. After a short service the bishop ascended the pulpit, pronounced the first of the seven words (or sentences) and delivered a discourse thereon. This ended, he left the pulpit and fell to his knees before the altar. The interval was filled by music. The bishop then in like manner pronounced the second word, then the third, and so on, the orchestra following on the conclusion of each discourse. My composition was subject to these conditions, and it was no easy task to compose seven adagios lasting ten minutes each, and to succeed one another without fatiguing the listeners; indeed, I found it quite impossible to confine myself to the appointed limits.

* * *
Finally, a leap into the modern symphonic literature. (I have my father to thank for introducing me to this one.) Unlike Schütz and Haydn, Josef Bohuslav Foerster (1859-1951) is little known beyond the circles of specialists, but he became a leading figure in the Czech musical generation that followed his mentors Smetana and Dvořák. Unlike their music, his did not make extensive use of Bohemian national idioms and was closer to that of his friend Gustav Mahler. Conductor Lance Friedel calls the Fourth Symphony, entitled, "Easter," Foerster's "masterpiece."

Foerster himself recounted the circumstances of its composition in his autobiography:


In Hamburg in the year 1904, seized by the spirit of Holy Week, I began writing my Fourth Symphony on Good Friday. I had no precise concept of the overall plan and was at first undecided whether to carry it through as a meditation on Good Friday.
As the first bars already indicate, I wanted to compose the work in a rich polyphonic vein. The first movement too shape very quickly, and I found that its tragic character and relatively slow tempo urgently demanded a strong contrast. My childhood years then came to my mind, especially my Easter vacations, which I was permitted to spend with my grandfather at Osenice.

The desired mood was thus produced. In the first movement, the Easter season as experienced by an adult; in the second, the same seen through the eyes of a child. There, the grief-laden path of the Saviour bearing his cross; here, the first verdure, the anemones and primroses, the spring breezes and shepherd's song. Then the slow movement, in praise of solitude and its magic; a prayer with two themes which ultimately flow together. The last movement, a fugue with three themes (of which the second is derived from a Gregorian chant), developing into a celebration of the Saviour's resurrection, the movement culminating in an exultant hymn, interrupted three times by our native chorale, On the Third Day was the Lord Arisen.

That excerpt comes from the liner notes to an old LP recording by Václav Smetáček with the Prague Symphony Orchestra (Nonesuch Records, 1972), but you can hear it here:

I suddenly realized that, immersed in work, I had let Palm Sunday pass without again sharing a picture of one of my favorite types of religious folk art: the Palm Sunday donkey.