Amherst NOT "only the 'h' is silent" caption contest

As almost all readers of this site will know, the unofficial motto of the town, popularized at the time of our 250th anniversary in 2009, and since disseminated throughout the world (well, New England, anyway) on t-shirts and bumper stickers, is:


Amherst, where only the 'h' is silent

a reference to our irrepressible civic spirit and love of democratic debate (some might characterize it slightly differently).

Well, in any case, when I wandered past one of our local establishments this week, this sign caught my eye, and it occurred to me that it, too, might in some small way be representative of our community character (as well as lack of proof-reading ability). 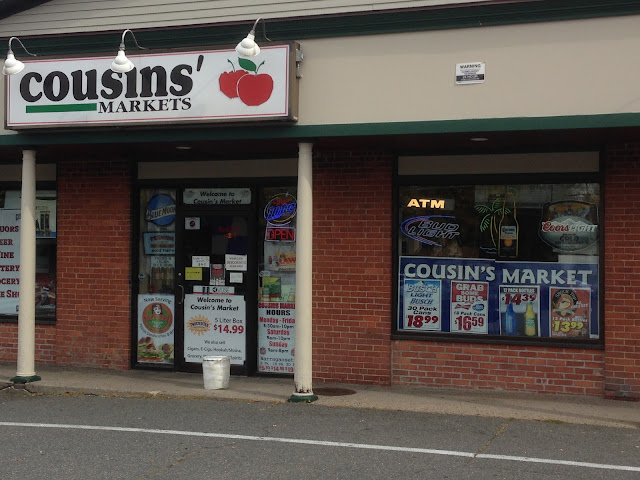 My first reaction was:


Amherst: where not only the 'h' is silent, but also the placement of the possessive apostrophe is completely up to the conscience of the individual believer.


Amherst: Forget chickens. We're so damned liberal that even the apostrophes are free-range.

I'm sure there's more potential out there. Your suggestions?

The Best Columbus Bio You Never Read (and it's German)

Every year, as Columbus Day rolls around, it seems that the critique of the explorer and reluctance to celebrate his holiday grow. Nothing necessarily wrong with that, though if carried to an extreme, it can lead to a rather impoverished understanding of what is in fact a very complex history. It's a complex historiography, too: appraisals of Columbus's actions and importance have fluctuated. His elevation to true heroic status is a relatively recent development. What is more, even in that phase, not all biographies were hagiographies.

It therefore seems a good moment to recall one of the more intriguing books on Columbus, today largely forgotten. In 1929, German novelist and journalist Jakob Wassermann (1873-1934) published his Christopher Columbus: the Don Quixote of the Seas [thus, the English translation; the German original uses: Ocean], the result of more than two decades of attempting to penetrate the mind and character of the explorer. 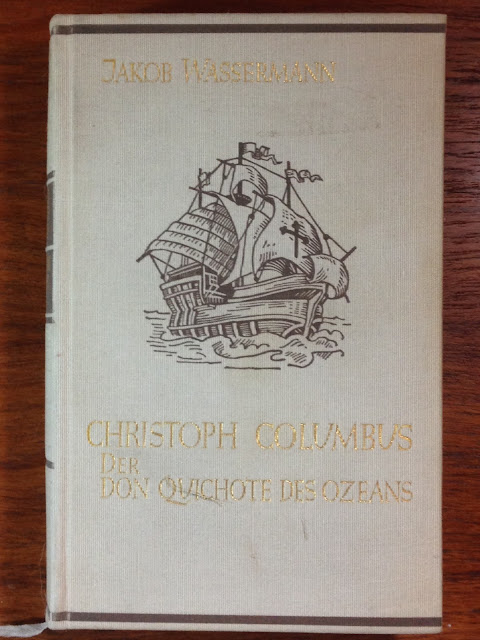 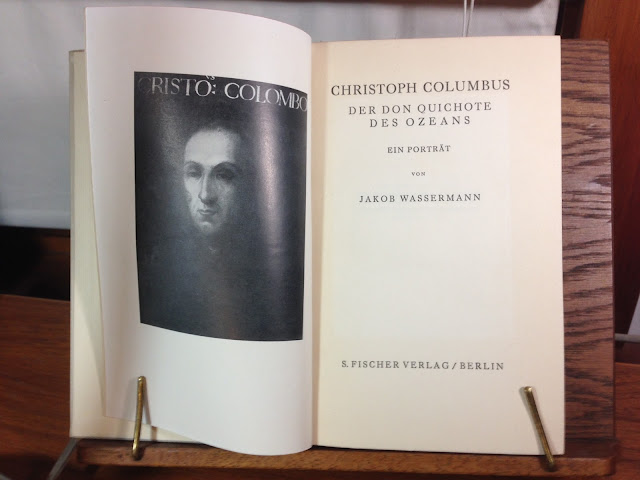 In developing his portrait, Wassermann assiduously studied all the contemporaneous published sources. The opening of the book is a subtle meditation on the challenge of taking the historical past on its own terms. As he explains, our natural instinct is to impute to the character all the traits and accomplishments that become visible only in retrospect, when he has achieved fame--whereas he can in fact only be understood through the constraints of his own time and existence. Fame, Wassermann said, is "a process of crystallization," in which much "dross" is necessarily removed. He also likened judgments on historical persons and epochs to badly worn old coins, whose value we only rarely pause to investigate.

In a review of multiple authors, under the heading, "Imaginative Biography from Germany," the New York Times wrote:


Jakob Wassermann frequently stresses the fact that we of today are quite unable to conceive how great the Genoan's imagination must have been, how enormous the courage which enabled this man and his companions to venture out into dreadfully mysterious wastes of the sea with a few ships and inadequate instruments. Whether his character study of that extraordinary man, a study based on modern psychological methods, is even approximately accurate, Wassermann modestly points out, it is impossible to determine. But from the description given by this expert prober of souls the reader gains a clear picture of Columbus. He must have borne a close relation to Don Quixote -- a magnificently imaginative dreamer and yet narrow-minded, stubborn and quarrelsome, absolutely unshakeable in his pursuit of his life's aim, but often losing in a moment because of the disagreeable traits of his character, everything he had gained. Thus Jakob Wassermann describes him, not as an unsullied hero and a martyr to his great idea, but as a human being with all the failings of humankind, with all the narrowness and lack of understanding of his age; and this, coupled with his immortal deeds, brings him closer to us. The age is revealed to the reader in all its splendor and horror, in its mad desire for gold, in its childlike piety and the terrible but also childish cruelty which enabled its people to massacre a nation as a boy pulls off the legs of a frog.

Not so dumb, then, after all.

The book does not seem to be in print or available online in the 1930 English translation, so you'll have to inquire at a good library. If you read German, it's not only in print, but also available online via Spiegel. Check it out.


Past posts on Columbus Day: