One of my favorite genres of medieval sculpture is the so-called Palm Sunday Donkey (German: Palmesel), a tradition that thrived in particular in Central Europe from the Middle Ages through the eighteenth century, when the rise of the Enlightenment and new ideas of propriety led the Church to suppress the increasingly raucous behavior that accompanied it. Palm Sunday processions commemorating Christ’s entry into Jerusalem are documented beginning in the seventh century. At first, it seems, a priest or villager rode a donkey in these processions, but there were concerns over the vanity of the performer and hubris of imitating Christ. In any case, it eventually proved more practical to substitute a dependable sculpture for a sometimes recalcitrant beast. Both the use of the live donkey and the wooden substitution are documented since the late tenth century. The typical Palm Sunday donkey thus consisted of a figure of Christ seated on a donkey mounted on a wheeled platform. Most such sculptures were large if not life-sized and carved of limewood or oak, decorated with colored paint.

The Cloisters and other sources speak of some 50 surviving examples at the end of the nineteenth century, but modern inventories cite 190 examples in the German-speaking lands alone. The earliest, in Switzerland, dates from circa 1200, and there are a few other examples from the thirteenth and fourteenth centuries, but most are late-medieval.

I honestly forget where I first encountered this phenomenon: I believe it was in college while spending a summer studying German in the Catholic region around Freiburg, with its great museum of medieval art. It was probably only after my return that I discovered we had one in the University of Wisconsin art museum. (My photos are not accessible to me at the moment, but this one shows it nicely.) At any rate, the genre always appealed to me, for it perfectly embodied both the humanity and the majesty of Christ in church doctrine, and the donkey (much like a nativity scene) had a wonderful way of bringing home the nature and naive charm of popular religion in rural medieval society.


Read the rest on the Tumblr.

The biblical entry into Jerusalem had its modern historical resonances, as well: When British General Allenby captured the city in December 1917, he made a point of entering on foot: not only out of humility vis-à-vis Christ--but also as a rebuke to the Kaiser, who on his visit had ridden in on a grand horse.


"To build a sustainable, climate-resilient future for all, we must invest in our world's forests. That will take political commitment at the highest levels, smart policies, effective law enforcement, innovative partnerships and funding."


March 21 is the International Day of Forests.

In celebration of that event, some tree- and forest-themed bookplates over on the book blog, habent sua fata libelli. 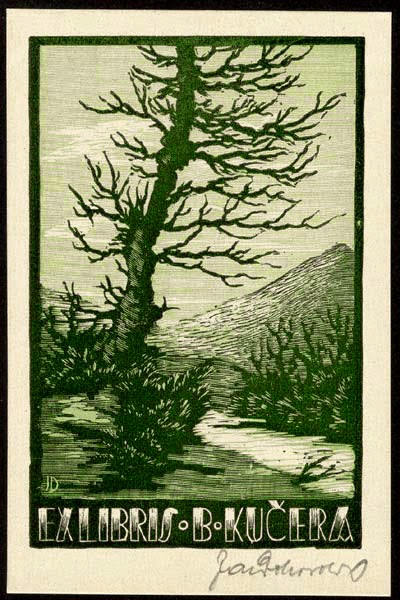 The art of the harsh review is, well, a real art.

Here's a recent example, from Richard Davenport-Hines's take on:

Stanley Plumly, the Poet Laureate of Maryland, has used Haydon and his guests as the launch-pad for his own ruminations on the mainsprings, ambitions and insecurities of poets and painters. It is low-cholesterol fare compared with the delectable, richly buttered concoction published 14 years ago by Penelope Hughes-Hallett on the same subject with an almost identical title. . . .

Similar infelicities spoil Lucy McDiarmid’s book, which bustles with reiterative summaries, as if she is giving brisk lectures to students with the memory span of goldfish. . . .

These two books are assiduous and assertive, but keep striking wrong notes, like a nervous guest at a dinner who tries too hard to impress. Both had a desperate need to be checked in manuscript by English readers, who could have forestalled the blunders of etiquette, nuance and fact. The parties described by Plumly and McDiarmid still sound amusing, but both authors are didactic people, whose opinions on genius, tortoises, the English class system and vaginas are not much cop.

"The table talk of the poets: dining with Keats, Yeats, Blunt and Lamb, Flint, Pound and Moore"
In a review of The Immortal Evening by Stanley Plumly and Poets and the Peacock Dinner by Lucy McDiarmid, Richard Davenport-Hines relives two feasts of literary legend, The Spectator, 3 January 2015
Posted by Jim Wald at 00:52 No comments: