October 21 is the anniversary of the launching of the USS "Constitution," which earned the nickname "Old Ironsides" during the War of 1812, whose bicentennial we are still marking. The "Constitution," as Mass Moments reminds us, is the "oldest commissioned warship in the world." (basic story here) 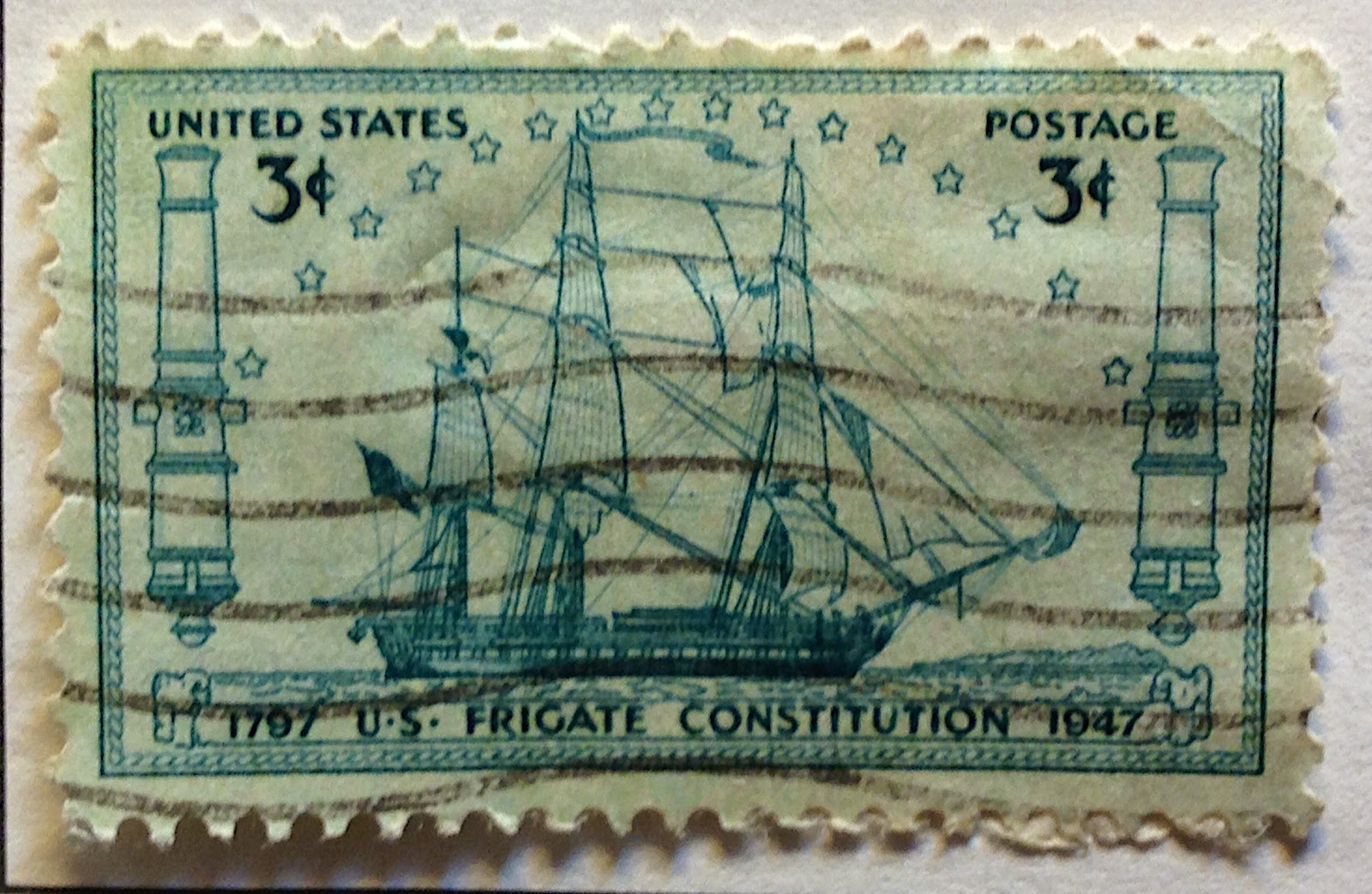 
The average person would never guess from looking at it that this rather understated stamp could give rise to controversy, but that's just what happened when some naval aficionados and historical enthusiasts first laid eyes on it. As Arago, the online resource site of the US Postal Museum, explains, experienced Boston Naval architect Andrew Hepburn "designed the stamp after considerable historical research." And yet:


The stamp received criticism for ignoring the ship's grandeur and thereby under-representing the role it played in building America. While many stamp designs have been challenged and criticized over the years, the uproar over Old Ironsides was one of the loudest ever. Typical of the very strong criticisms was that of Elmer C. Pratt, the stamp columnist for Camden, New Jersey's Courier-Post. "The idea of showing that great fighting hero as a mimbly-pimbly boat sailing along in a light wind . . . when all her life she was a fighting ship full of fight. She should have been shown in a heavy wind, with full sails set, in a heavy sea, going someplace where she should be going, often did and as a rule won the day-into a well fought and victorious battle."

The controversy notwithstanding, the stamp was quite popular with the public. Arago tells us that first-day sales amounted to "An unusually high" figure of 4,700,000, including almost 700,000 first-day covers.

The storm over the stamp was of course a tempest in a teacup compared, as an earlier post shows, with the competition between New England cities to claim the title of birthplace of the US Navy. In addition, the ship itself poses some interesting problems of historic preservation. On that subject: more in the next post.

Dictionary Day is the anniversary of Noah Webster's birthday, for good reason.

I am remiss in not having gotten my full-fledged post up for Mr. Webster's birthday (it turned out some extra work is required), but in order to honor (or placate) his spirit, I have uploaded a large new scan of a portrait engraving from his lifetime, over on the Tumblr.

Stay tuned for more in the near future.
Posted by Jim Wald at 23:36 No comments:

Removing Columbus from the Calendar


Ironically, as I noted in an old post, the cancellation on this stamp honoring Christopher Columbus and 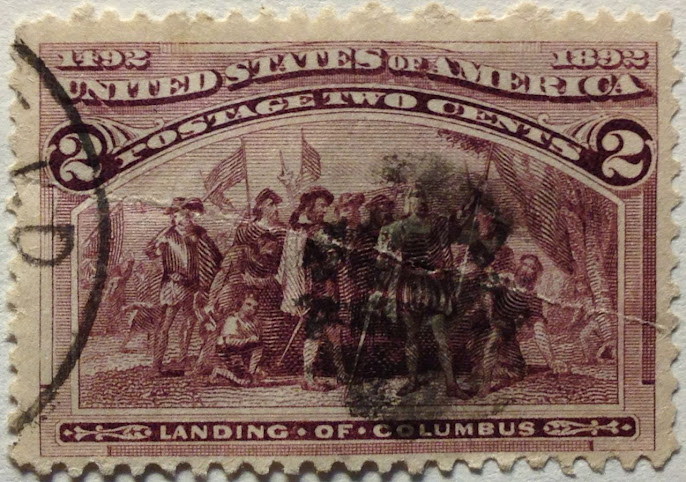 the "discovery" of America obscures the figure of the putative hero. It could serve as a metaphor for his fate in recent years.

The reaction against the glorification of Columbus advances a bit further this fall as the government of the city of Seattle today--on the federal holiday of "Columbus Day"--signs a measure mandating the celebration of the second Monday in October as Indigenous Peoples' Day.

Nothing of the sort planned in Amherst yet. (Select Board signed the fall Town Meeting warrant a week ago.)

My 2012 roundup of stories on changing attitudes toward the explorer and his holiday. covered a lot of ground, so I won't try to do the equivalent here again. (I think there was some pretty good stuff there: check it out.)

Instead, I'll just note that the Harvard Crimson got into the game this year with the brief and light-hearted Even People in the 1400s Agreed Columbus Was An Asshole.


Update, Oct. 27: belatedly came across this from John Patrick Leary's Tumblr, which chronicles and dissects the language of inequality. In this one, he describes the anachronistic appropriation of Columbus:

This Columbus Day offers some of the less historically (to say nothing of morally) inclined out there to draw fatuous links between the contemporary cult of entrepeneurship and the legacy of Christopher Columbus’ conquest—err, acquisition—of America some 500 years ago. (read the rest)