Liberty, Government, and the Press in One Sentence

In the course of working on a revised version of an older essay on the history of periodicals, I had occasion to consider what sorts of documents or objects might illustrate it, so I'll share a few here. 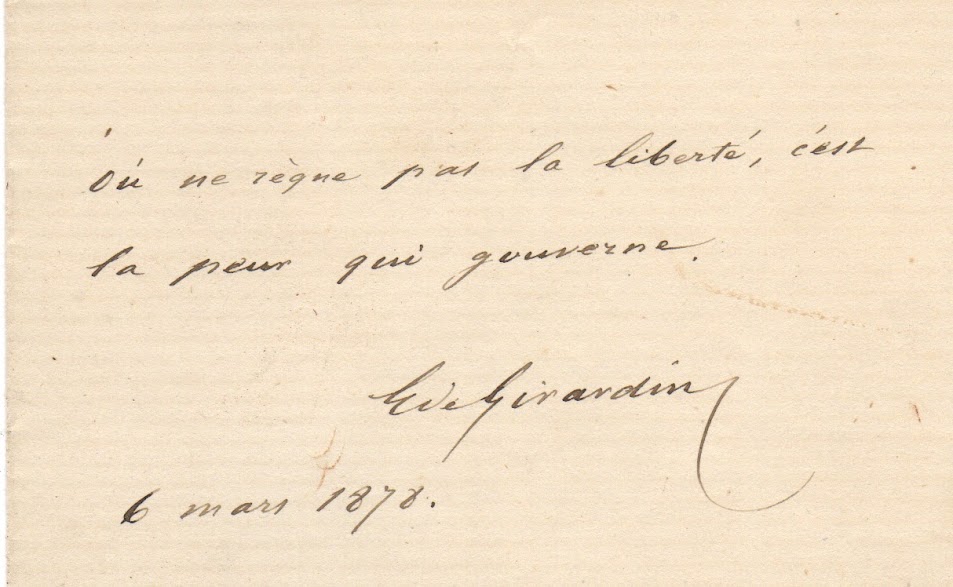 “Where liberty does not reign, it is fear that governs”

autograph sentiment, 1878, from journalist and publisher Émile de Girardin (1802-81), whose conservative La Presse (1836) introduced the penny newspaper to France. He later moved toward the center of the political spectrum, turning against Napoleon III and opposing the forces of reaction under the Third Republic.