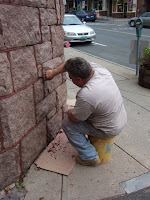 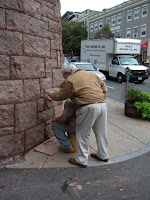 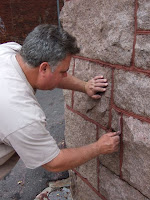 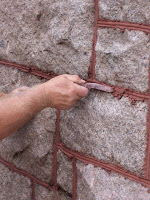 The Community Preservation Act (2000) provides Massachusetts locales that adopt it with support for Open Space and Recreation, Historic Preservation, and Affordable Housing. Funds come from a progressive surcharge ranging from one to three percent, based on local property tax assessments but exempting the first $ 100,000 of assessed valuation. Participation has moreover traditionally earned communities state matching funds, derived from property transfers. Initially, all communities could earn a 100-percent match. However, as the number of participating locales has increased and property values decreased, the Commonwealth determined that, as of autumn 2008, only communities whose surcharge lay at the upper end of the scale would be eligible for matching funds. Amherst initially adopted the minimum one-percent rate, and cautiously increased the rate only to 1.5 percent in 2006. A measure on the November ballot now proposes to increase our surcharge to the maximum three percent, in order to increase amounts available from local resources and to ensure that we continue to receive matching funds. (Many of our neighboring communities, including Northampton, Hadley, and Leverett, already have three-percent surcharges in place.)
Adopting the measure in Amherst would mean an additional surcharge of only $ 55.87--or around 15 cents a day--for the average single-family house with an assessed value of $ 332,500.
Among the vital historic preservation projects for which we have used CPA funds are the restoration of the historic 1730 West Cemetery.
The Amherst Historical Commission supported placing the referendum on the ballot but has not yet taken an official stance on the measure, as such. A local organization called "cpaYES!" has taken the lead in advocating for the measure.