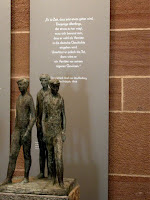 
On 20 July 1944, Klaus Schenk Graf von Stauffenberg, acting on behalf of a large group of conspirators, placed a bomb under the table at a meeting in Hitler's East Prussian headquarters. The bomb exploded but failed to kill Hitler, and the coup (Operation Valkyrie) that was clumsily set in motion quickly collapsed. The conspirators were arrested and some 200 eventually executed.

Although drawn largely from the elites of the aristocracy, professional military, and officialdom, the conspirators displayed some diversity of political views, ranging from traditional conservatism to Christian socialism, liberalism, and social democracy. Appraisals of the motives and consequences of the attempted coup have varied widely, serving as a revealing mirror of the interpreters' own politics.

For many West German conservatives in the early postwar period, the conspirators were mere traitors, especially the military officers who had--so ran the refrain--broken the personal oath of allegiance that they had taken to Hitler. For these critics, the mere fact of an oath took precedence over the cause and person to which it had been pledged. For Stauffenberg, by contrast, a higher duty took precedence over that oath, and action was required when he became convinced that Hitler "is evil itself"

It is time now that something be done. Admittedly, whoever dares to do something must be aware that he will probably go down in German history as a traitor. If, however, he neglects to act, then he will be a traitor to his own conscience.

For leftwing critics, more sympathetic to grassroots and earlier resistance efforts, the men of July 20 had done too little too late, for the wrong reasons: more concerned with saving Germany's "honor" or preserving the nation, than with the nature of the Nazi regime, as such, which most had initially supported.

In fairness, the conspirators represented a complex mixture of motives: Many were dissatisfied with Hitler's disastrous conduct of the war and thought first and foremost of preserving the "honor" of the military and the integrity of the country in the face of looming defeat. Still, the cause of "honor" also included in many cases a growing revulsion against the crimes committed by the military, among them, atrocities against Soviet soldiers and civilians, and the genocide against the Jews (at least twenty cited the latter as one of their motivations).

In general, by the mid-1960s, the resisters became a sort of unproblematic "respectable" or "consensus" resistance group around which the political identity of a liberal-capitalist West German regime could coalesce. Not surprisingly, the East German regime generally preferred to emphasize the socialist and communist resistance, although it adopted a more positive view of the July 20 conspirators in the 1980s, in the course of a more general reappraisal and appropriation of the Prussian and German national past.

Although 20 July is not an official holiday in Germany, the anniversary is marked in various ways, and the conspirators have increasingly been honored in street names and memorials, as above, in Stauffenberg's native Stuttgart.

In the end, one is left to meditate on the declaration of Stauffenberg, and that of his fellow leading conspirator, Major General Henning von Tresckow, who, upon learning of the failure of the coup, committed suicide on 21 July: "A person's ethical value begins only at the point at which he is prepared to give up his life for his convictions."

Even these few reports indicate the nature to which not only the Resistance, but anything to do with the military remains highly controversial in Germany.
• ZDF Television Heute: For the first time, German military recruits swear the oath of allegiance in front of the Reichstag. Ceremonies took place in the Bendler Block, where many of the July conspirators were executed. The date and location were chosen to underscore the submission of the miitary to the constitution. The Defense Minister praised the attempted coup of 20 July as a "liberating act," and former Chancellor Helmut Schmidt of the Social Democratic Party told the recruits he could assure them, "the state will not misuse you."  Some leftists, opposed to "militarism" and the deployment of German troops in Afghanistan, protested the ceremony.  Some officials from the military, by contrast, charged that the government was insufficiently supportive.
• As the Telegraph reported:

The German Chancellor, Angela Merkel, made an eleventh hour decision to attend the ceremony, in which 500 new troops were inducted. But her decision was only made after heavy pressure from the German armed forces, which complained of a "shameful lack of interest" from politicians sensitive to the German public's notorious post-war pacifism.

• Süddeutsche Zeitung: Distinguished historian Hans Mommsen evaluates the events: Without Stauffenberg, the attempted assassination would never have taken place. "Had the officer succeeded, millions of people would have survived the senseless war and the Holocaust."