To Sing or Not to Sing? My debut piece in the Times of Israel

As I recently noted, I was recruited to write for the new born-digital newspaper, The Times of Israel, a comprehensive, non-partisan publication covering all aspects of that area of the Middle East and much beyond.

Many modern states have an ethno-national origin and character but multiethnic populations. How do they deal with the complex cocktail of political symbolism and social reality? And what is the true nature of patriotism?

I took the occasion of Israel's Independence Day to reflect on a controversy that had occurred a few months earlier, not long after the Times of Israel began publication. 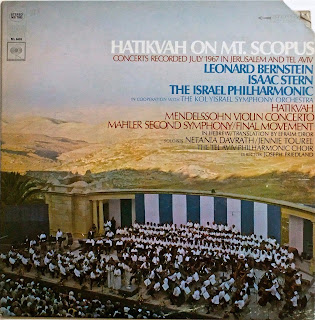 Should an Arab justice on the Israel Supreme Court be required to sing the national anthem ("Hatikvah")?  I don't think so. Here's why. (And you might be surprised at who agrees.) 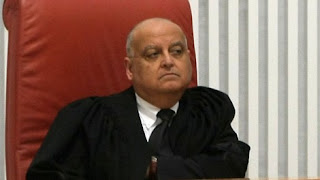 As chance would have it, several other publications (on their own, not responding to my piece) returned to the story at the same time:

• The editors of The Forward urged a change in the national song: "An Anthem for All?" 26 April 2012
• The editors of Israel's Haaretz agreed: "Israel needs national symbols all citizens can identify with," 27 April 2012
• Neshama Carlebach and an African-American Baptist Choir provocatively sang the new text of "Hatikvah" proposed by The Forward at the annual Jerusalem Post conference a few days after the national holiday.
• Back at the Times of Israel, Haviv Gur offered some words of caution in "Before you go changing Hatikvah," 29 April
• Writing in the Jerusalem Post, Seth Franzmann went further, mocking the whole controversy and chiding the left for paternalism (among other things): "Terra Incognita: Falling Out of Love With 'Hatikva'," 1 May 2012
• Martin Sherman took an even dimmer view of the controversy and the would-be reformers (and much more) in "Into the fray: 'Haaretz' vs the Jews," Jerusalem Post, 3 May 2012

Evidently the story still had some legs.

Great piece and congratulations on this new platform. Looking forward to following very much.

Wow. Too many congratulations for one comment. It was a good thing the Times of I. got you on board. The shortage of sane people here is not a secret. Then the article, it was great, although two paragraphs where you (rightfully) describe our wackos starting with Ben Ari, caused me some habitual indigestion. Not your fault, of course ;-)

Good news all around. Now to subscribe to your other blog... I think I know how.