Run what up the flagpole and see who salutes? Amherst flag contest enters next phase

Here's the latest news:  The deadline for entries in the contest to design an official Amherst flag came and went on September 30.  We received not a single submission. Maybe all the intemperate outside critics of our town are therefore wrong: it's not that we harbor any collective hostility to the American flag. Maybe, instead, it's just that we're not terribly interested in any form of pomp and symbolism, local or national.  Be that as it may, a flag we must have, so we extended the contest till the end of October. That month has now elapsed, and these are the designs in our hands: 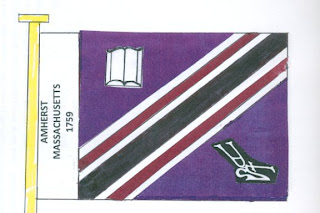 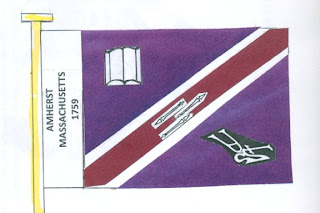 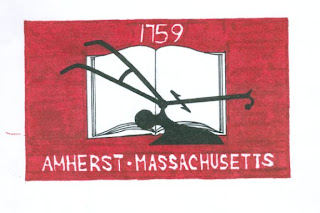 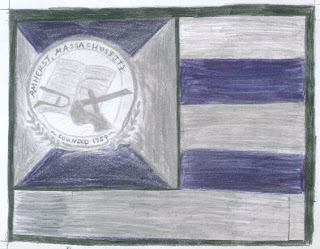 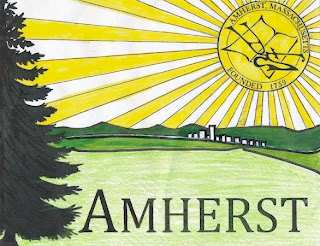 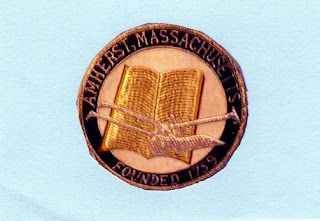 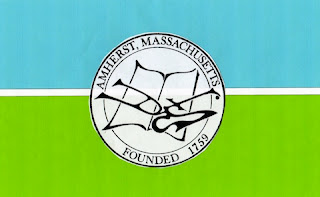 The original plan had been for the Select Board to narrow the field to the top six designs for further consideration. However, because we received only eight in toto, Select Board member Diana Stein, the driving force behind the contest, tonight suggested that we submit all to public scrutiny.  We unanimously approved that proposal.  Here's the plan:  The public will be able to choose its top six choices (a new interface will appear soon on the Town website), which will then go, as previously planned, to the

• Historical Commission and Design Review Board by 1 December.
• These two groups, in consultation with each other, will make their recommendations by 30 December.
• By around 17 January—but certainly in advance of our 252nd anniversary on 13 February—the Select Board will choose the winning design and then submit it to a professional artist capable of translating the model into a workable design for display and fabrication.

I hope to add more shortly on the rationale and background of the project.

[*Correction: the first design should also have included a plow: it turned out that this emblem, which had merely been taped or pasted onto the paper flag, fell off between the time the item was received and scanned in Town Hall.]